ALL courses are now OPEN FOR ENROLLMENT!

What is the Halo Effect? 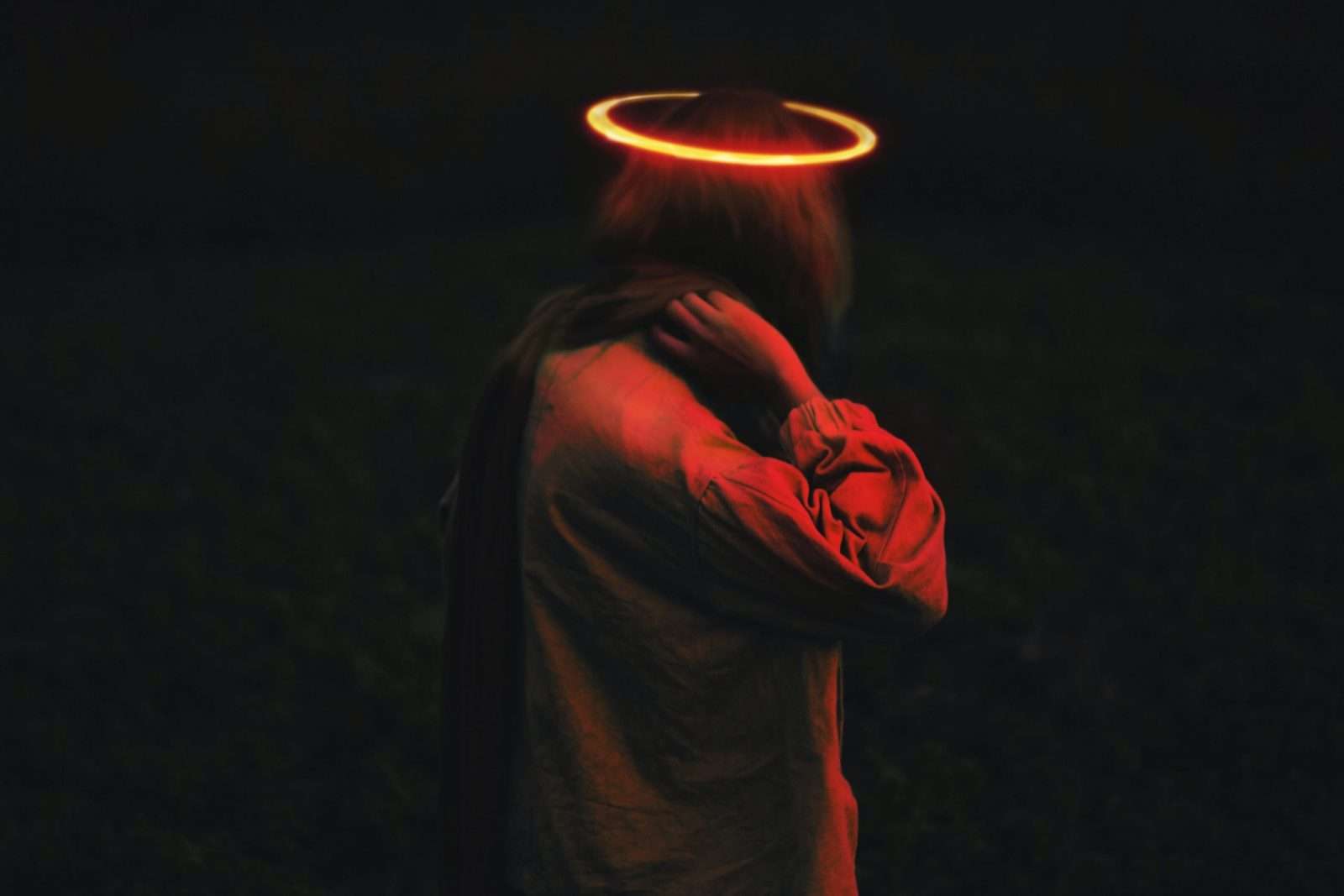 Thorndike discovered the effect after noticing that commanding officers in the military judged their soldiers to be either all good or all bad. Almost no one was described as good at one thing but bad at another. One positive or negative trait disproportionately influenced the officers’ opinions.

The Halo Effect has implications for customer experience, marketing, and advertising as well.

Why is the Halo Effect Important?

Being aware of how the Halo Effect influences users can help you craft a better experience. For example, studies have found that the attractiveness of a website affects users’ opinions on usability. A beautiful site with an unacceptable task failure rate will still get a high user satisfaction rating. Why? Because the aesthetics created a halo that overrode the functionality of the site.

In retail experiences, the halo of one product’s promotion on a related product’s sales can be powerful. Research firm Analytic Partners has shown that halos can return averages of 150–300% on marketing investment, in the form of related product sales. Some campaigns showed as much as a 10x return. 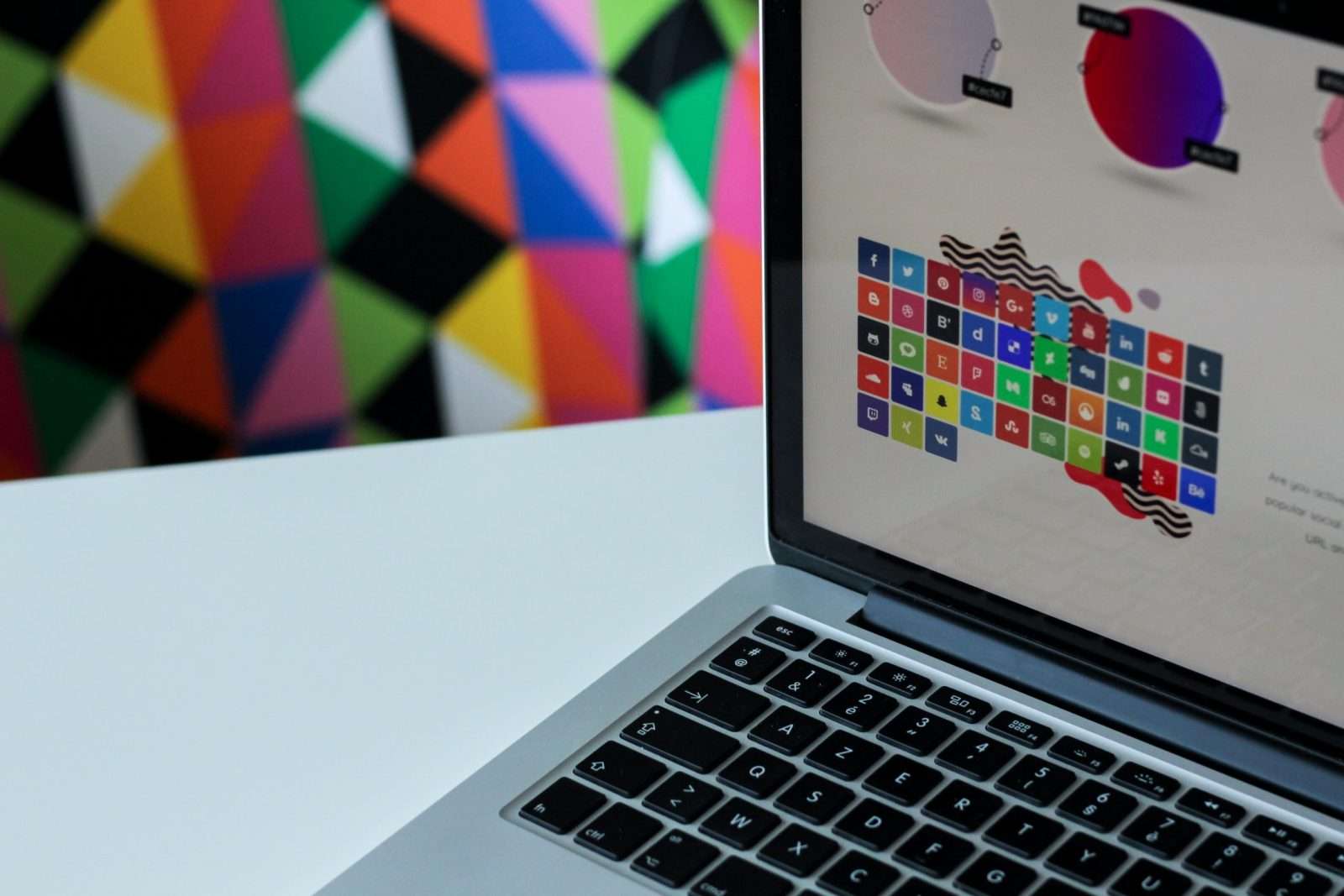 Photo by NordWood Themes on Unsplash

Examples of the Halo Effect in Action

When people like the design of a site, they rate the entire experience more highly. Researchers at The Decision Lab ran a study in which they showed users two login pages. Each page had identical functionality, but different levels of design. The researchers then asked users to rate the pages’ attractiveness.

When users liked the design of a page, they were more likely to rate it as intuitive, reliable, and secure. The difference between the perceived performance of each page was staggering. The attractive page was rated:

Why? It’s down to the powerful Halo Effect that design has on digital experiences. The more beautifully designed, the more functional an experience is perceived to be.

2. Putting one product on promotion can drive sales of an entire category.

Some products, when promoted, can drive sales of an entire category. Their promotion works as a mental trigger that reminds people to buy related items. 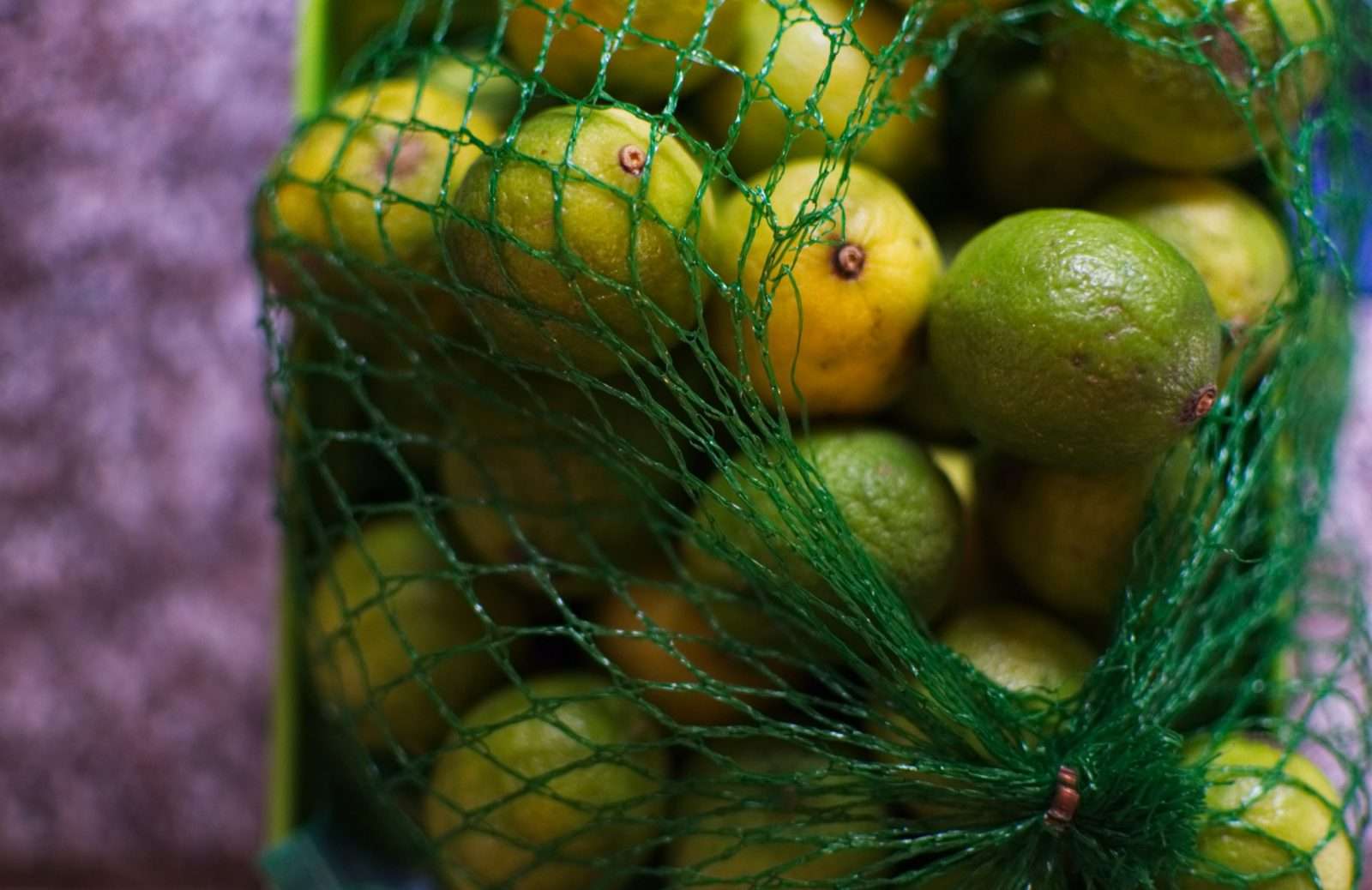 Photo by John Bogna on Unsplash

Specific products can “punch above their weight” when placed in multiple locations. For example, McKinsey’s analysis found that limes drive sales of chicken, vegetables, rice, pasta, and alcohol in U.S. grocery stores.

According to McKinsey, this is because limes are a key ingredient in many Mexican dishes — a popular cuisine in the United States. Limes cause shoppers to make extra unplanned purchases. They don’t even have to be on sale. Simply placing baskets of limes in different locations in the store drove sales of complementary products.

Examples of the Halo Effect in Business

The Halo Effect has the power to create, transform, and even resurrect huge brands… but only if you use it the right way. The best ones know you have to go beyond the gloss to create a deeper connection between the brand and celebrity.

Throughout its history, McDonald’s has known that celebrity holds power. They’ve partnered with people like Justin Timberlake, Destiny’s Child, and even Batman’s been in a McDonald’s commercial. But these were mostly surface level endorsements, they never really went deeper to tie the brand and the celebrity together in a meaningful way. It felt like celebrities were partnering with the brand to get a pay check, and they didn’t really love and embrace the brand… they just lent their faces to the product.

When this meal debuted, McDonald’s was suffering. With nationwide closures and uncertainty, their marketing plans were cancelled or postponed until restaurants could reopen. According to Forbes, McDonald’s had to trim its marketing spend by 70% during this time.

To combat the sales dips that resulted from the closures, McDonald’s opened what it called it’s marketing war-chest. They began investing in new and interesting marketing tactics. One of those was partnering with celebrities to offer their favorite McDonald’s order to the public.  The first partner was Travis Scott, whose Cactus Jack meal was so successful that CNBC reported shortages of quarter pounders across the country. Fans were stealing posters off the side of restaurants, they couldn’t get enough. McDonald’s US quarterly sales rose 4.6%. A huge turnaround given what was happening in 2020.

So what made the Travis Scott partnership different?

This use of the Halo Effect went deeper than just an endorsement. The so-called Cactus Jack meal was just a simple remix of existing products, a standard Quarter Pounder with cheese topped with lettuce and bacon, a side of fries with BBQ sauce, and a Sprite with extra ice. But it was the personal touches that made it feel so authentic.

Extra ice is something anybody could get, but it felt uniquely personal to Scott, because it was pulled off the existing menu. It made Travis Scott feel relatable, and it felt like you were getting something almost intimate, when you ordered his meal.

In the early 2000’s Crocs were unstoppable. Everyone seemed to be into this ugly, but comfortable, shoe. It was a bonafide hit product, but by 2007 the fad had started to fade. Crocs lost over $185M that year, and it looked like their time was coming to an end. If not for a tattoo’d musician from Syracuse, New York known as Post Malone.

Post Malone, a self-identified Crocs addict, partnered with the brand in 2018 to create a shoe called the “Dmitiri” but referred to as the Posty Croc. The shoe features personalization charms called jibbitz that were personal to Post Malone, including a version of his face tattoo that says “Stay Away.”

This collaboration raised some eyebrows at first but after the first collection sold out in under 3 hours, people stopped laughing.

Other Crocs fans soon lined up to join the Crocs collaboration. Justin Bieber, Arriana Grande, and others have joined the trend. Even fashion house Balenciaga, one of the pioneers of the so-called “Ugly Fashion” trend has done a high-end collaboration with Crocs.  And although they worked with Crocs before Post Malone, their collab didn’t affect the broader market in the way that Post Malone’s did (mainly because their Crocs were impractical to wear and cost around $850 for a pair).

But also because Balenciaga isn’t that well known to the general public, at least not in the way that a famous musician and actor is. Post Malone's celebrity Halo Effect was more powerful than Balenciaga’s brand with the general public, but there is something they share. Both Post Malone and Balenciaga are authorities in so-called “ugly fashion” and athleisure - they both can help establish or decide what’s cool for the rest of us.

Now most people know about or they’ve seen Air Jordan’s - they’re the brand of shoes that Michael Jordan endorsed during his time as a professional basketball player. Looking back now, it seems like a no brainer for Jordan to partner with Nike on a shoe. But in 1984, Nike wasn’t the powerhouse brand that it is today.

In fact, Jordan himself approached Converse, which was the brand that big players like Larry Byrd and Magic Johnson worked with. Converse, in probably one of the stupidest moves in retail history, told Jordan he wouldn't get priority because at the time, he wasn’t a big name.

So Jordan went to Adidas, who because of their own internal corporate issues told him that a shoe partnership “wasn’t possible” at that time. Michael Jordan’s third choice - one that he had to be persuaded by his mother to even listen to -  was an upstart shoe brand out of Portland, Oregon known mostly for its track and field equipment.

That brand of course was Nike. And their partnership on Air Jordans would go one to establish Nike as the biggest sports brand on the planet.

Because of the Halo Effect of Michael Jordan and his incredible career, the Jordan brand is worth an estimated $10 billion dollars, Jordan himself has made more than $1.3 billion in royalties from Nike, and Nike itself is now worth about $35 billion.

And none of that would have been possible without the Halo Effect of Michael Jordan’s stardom - but stardom isn’t enough.

Like the McDonald’s meal, authenticity was key to the shoe’s success. Michael Jordan helped Nike develop his shoe, and he actually wore AirJordans in the NBA for a year before they were available for customers to purchase.

The first time wore them in a game, the league fined him because they didn’t match his uniform, and told Jordan that if he continued to wear the shoes he’d be fined $5,000 a game.

Nike knew an opportunity when they saw one. They agreed to pay the $5000 a game for Jordan to wear the shoes. And then they began spinning the fine into a legend. A legend of shoes that were so revolutionary they were banned by the NBA.

How to Apply the Halo Effect

1. Associate authorities and celebrities people with your product

The Halo Effect of celebrities and authorities who recommend your product can be massive. Your brand can borrow a bit of their shine and share the trust that people have in these figures. Make sure to vet potential partners, as associating your product with a celebrity does come with some risk.

As we saw in our example, the attractiveness of digital design will influence users’ perceptions of its functionality. But pleasant smells, tastes, touches, lighting, and temperatures can also have a Halo Effect on other parts of an experience.

Managing the sensory presentation of your digital and physical experiences can have a significant impact on sales.

3. Use proximity and bundling to your advantage

In our lime example earlier, we saw that some items drive the purchase of related products. If you can identify these key products, try putting them close to associated products (such as chicken, in the case of limes). Consider bundling these items together with a more expensive but related product (such as alcohol).

Get free case studies, every week.

Join the Choice Hacking newsletter to get a behavioral science and psychology case study in your inbox every week.

I'll also send you my eBook "5 Psychology Principles That Can Perfect Your Experience."

The Halo Effect can have powerful, and sometimes unpredictable, effects on your customers. Be sure to run small experiments with this principle, before applying it to your entire experience.

To apply the Halo Effect, ask yourself:

This story-driven podcast explores how the world's biggest brands use psychology and behavioral science, all in around 10 minutes.

Ever wanted to know how you can use psychology and behavioral science to "grow like the greatest" brands? Now you can with these video case studies.

From psychology and behavioral science to solving "impossible problems," my books can help you create more meaningful marketing and customer experiences.

Want to learn how you can apply behavioral science and psychology to your work? Check out my pragmatic (and affordable) courses.

What is Availability Bias? 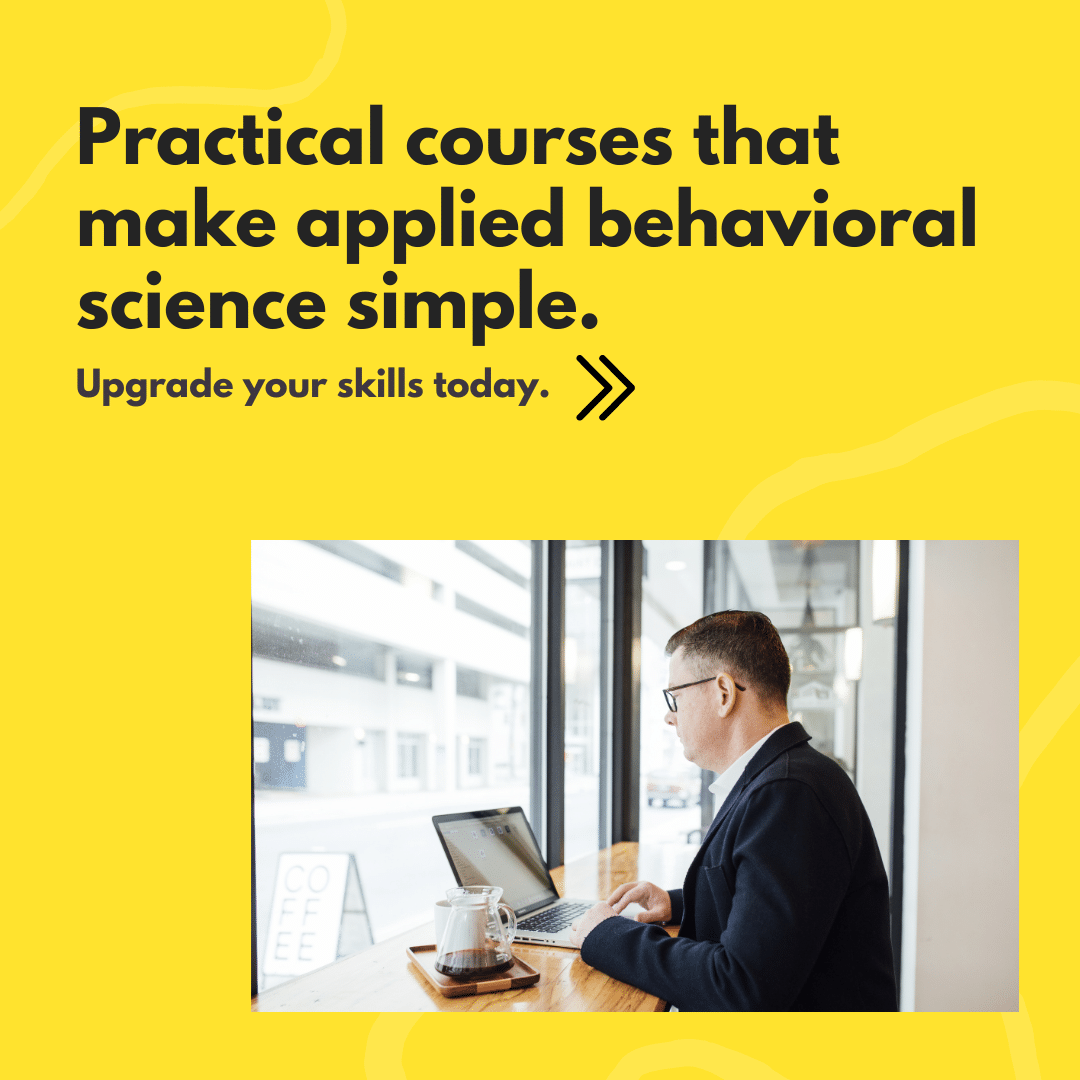 Get free case studies in your inbox, every week.

Sign up for the free Choice Hacking newsletter and I'll send you a FREE eBook, "5 Psychology Principles to Improve Your Customer Experience"